An oldie but goodie. An all-Flash website – back when such a thing actually existed.

I became a little too obsessed with the task of modeling an accurate vintage Rock Ola jukebox for the home page. All of the selections in the jukebox are actually David Ball songs. The neon lettering, site navigation and music player were also created as 3D models.

The music player was a global element that appeared throughout the site. The controls were functional, allowing you to click through a short playlist of songs from the then-current “Heartaches by the Number” album. Of course, you could also turn the music off.

David Ball is an American country music singer-songwriter and musician. Active since 1988, he has recorded a total of seven studio albums on several labels, including his platinum certified debut Thinkin’ Problem. Fourteen of Ball’s singles have entered the Billboard Hot Country Songs charts. [Wikipedia] 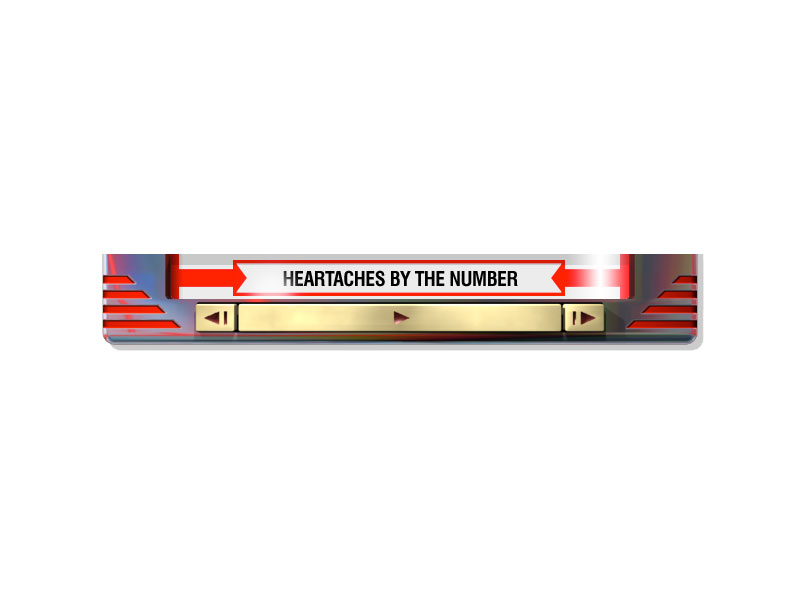 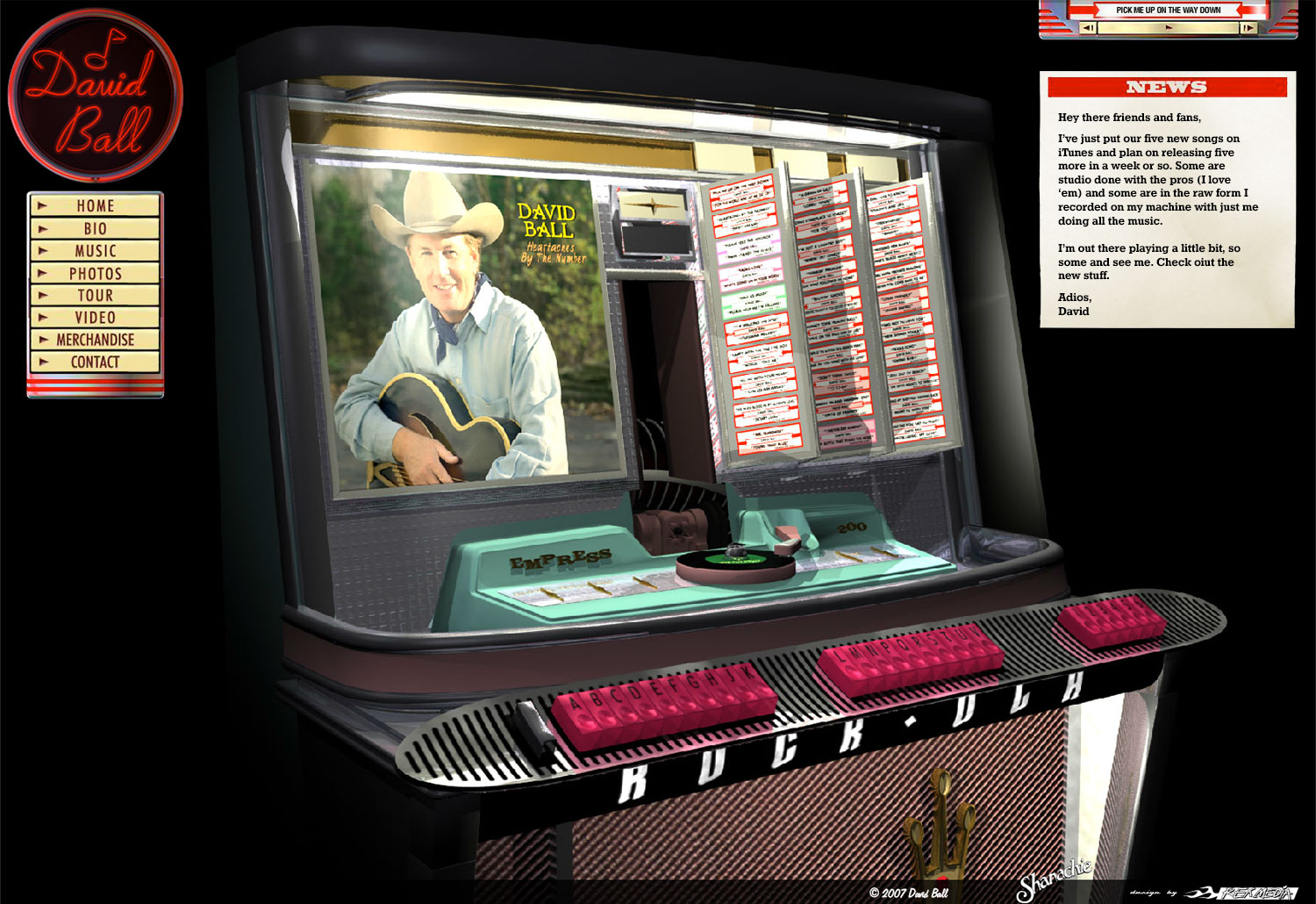 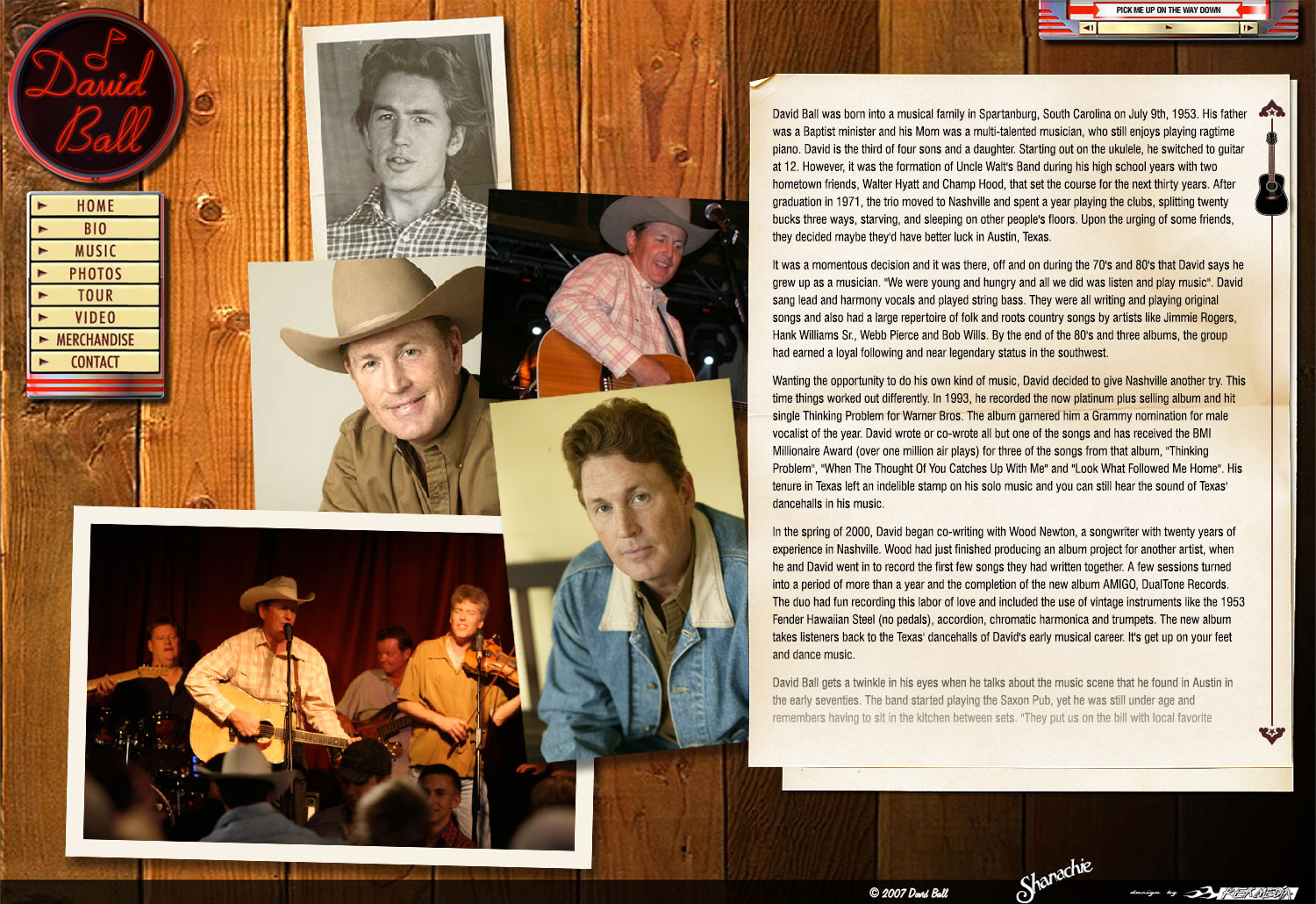 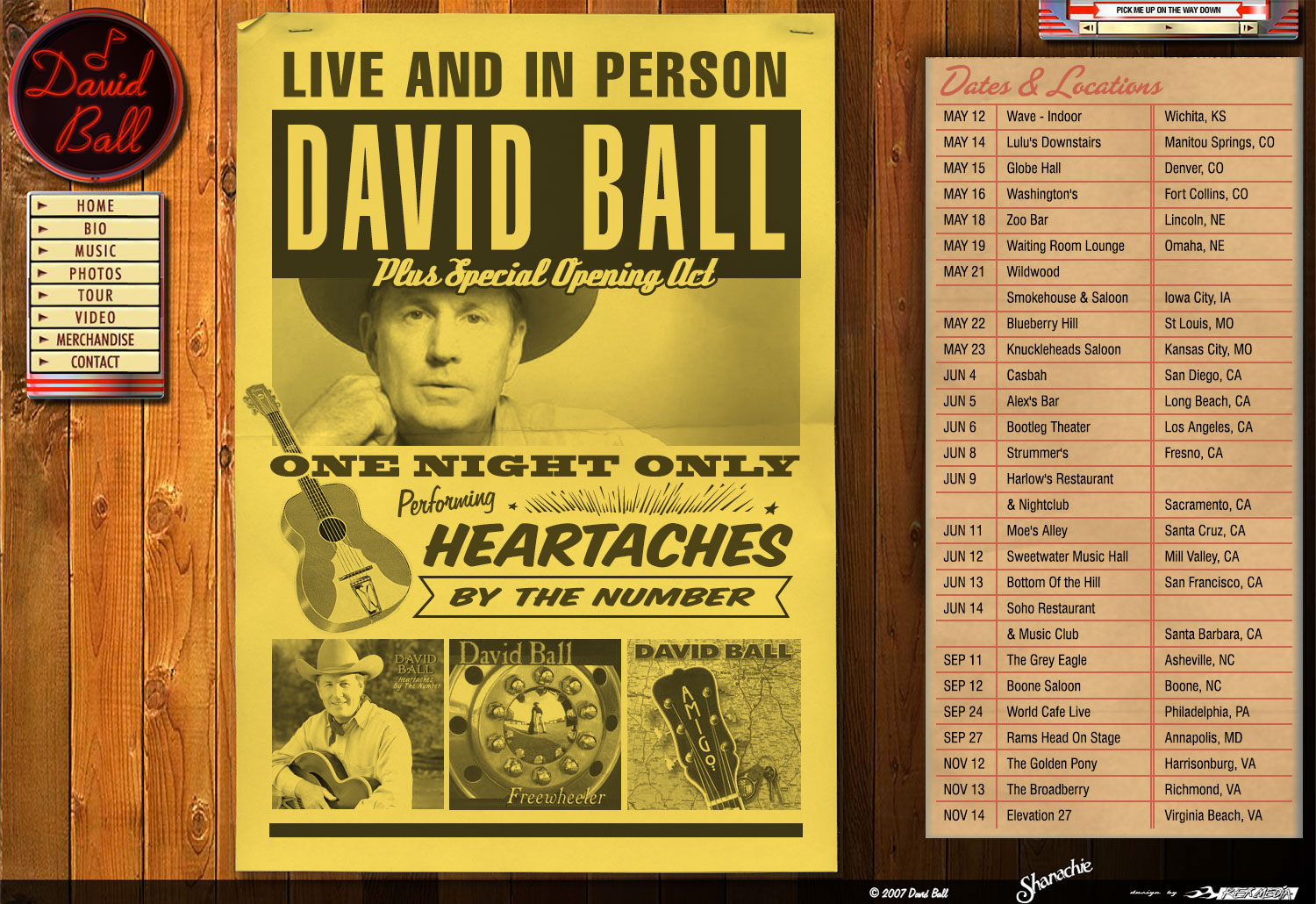 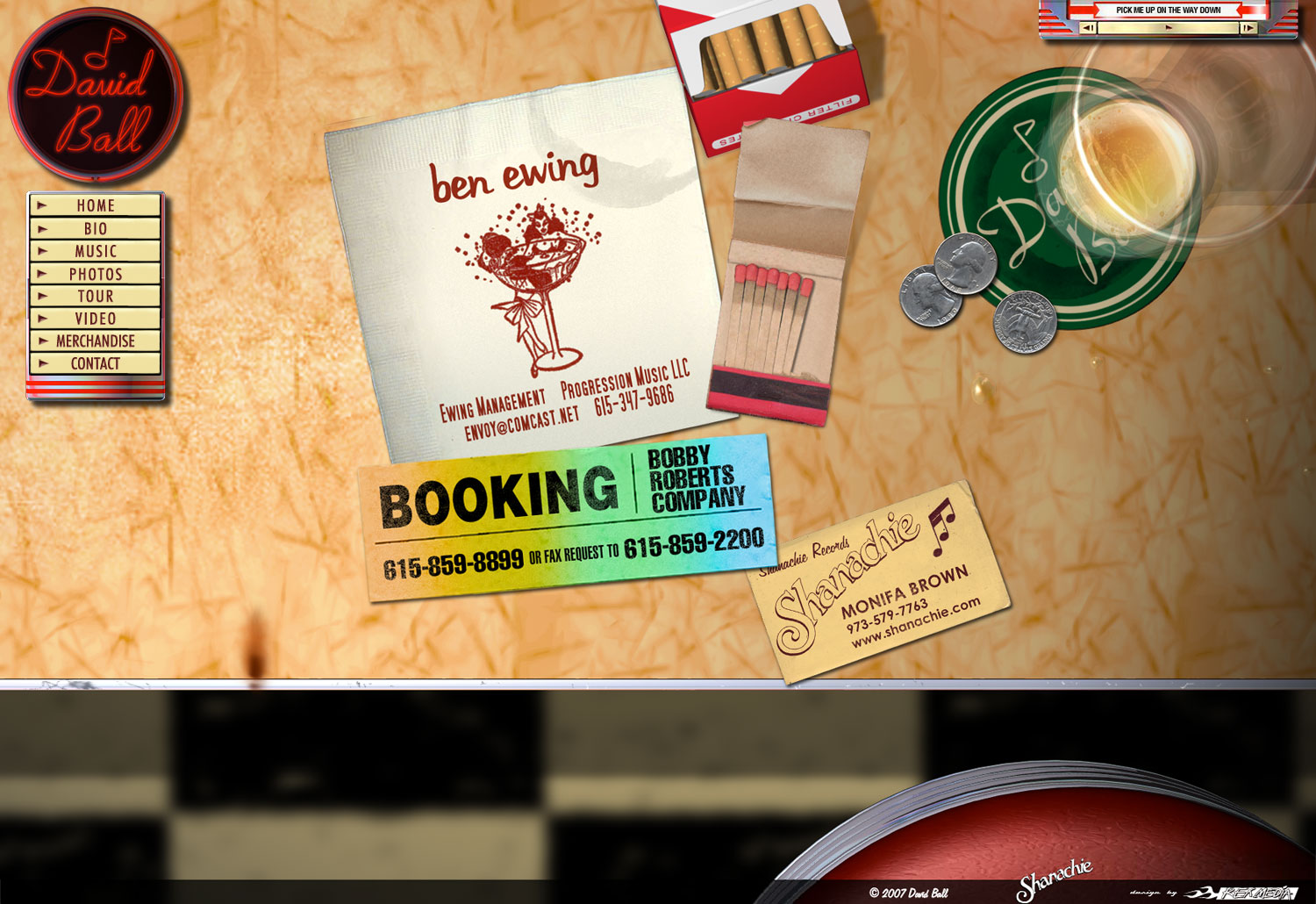 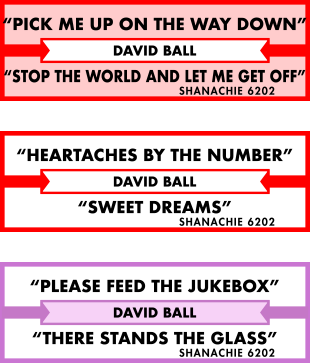 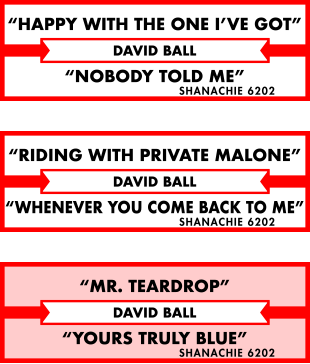